When you are running Docker on Linux and want to access services on the host from within a container, you can make use of the docker0 bridge interface (ip a s docker0). This does not work when running Docker for Mac as the interface is inside a separate virtual machine (which you can confirm by getting a shell in that vm: screen ~/Library/Containers/com.docker.docker/Data/vms/0/tty) and thus not visible on the local host.

To workaround this, a reliable way to get to the macOS host is to use the host.docker.internal DNS name which will always resolve to an IP where the host is reachable.

Let’s say you want to run some script in the container that connects to a specific HTTP target and want to observe the requests through a proxy running on your macOS machine (e.g. Burp). Then you would do: 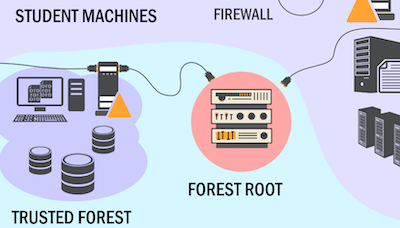 Write-up of “Buff” from Hack The Box Write-up of “Fuse” from Hack The Box